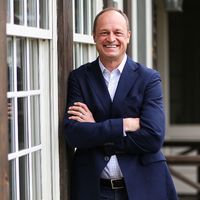 Part of progress is having a vision of the future.

Doing the work you want so you can thrive at work.

Thriving at work so you can build the career you want.

Building the career you want so you can live the life you want.

You're an expert in something.

You're spent years honing your craft.

But here's the thing.

To get hired the most for the work you like the most, people have to meet you.

Technical skills are important. They're the portal to do meaningful work.

But they're not enough.

You have to pair technical skills with business development skills.

We love music at the Bunnells, but there are just a few artists that all four of us enjoy.

(My Volbeat and deep cut Weezer picks have a short half life.)

The tops of our family pops: Bronze Radio Return, Air Traffic Controller and, you guessed it, Taylor Swift.

Taylor came in through the front door of our two daughters' teenage years and she's still hanging around the house.

So what's she got to do with BD?

Taylor Swift is a fearless rainmaker.

Her technical craft: songwriting and performing.

Her BD craft: running her business and growing her platform.

1. Taylor hones her craft and creates.

She didn't sit on her hands in the pandemic like a lot of other artists -- she released not one, but three albums. Three in one year!

She moved into folk.

All three albums reached number one in a 12 month span, breaking Donna Summer's record of two number one albums in a year.

No shame, I like Taylor's music. Especially her latest two folk records.

But I'd argue Taylor's as famous because of her marketing and business development efforts as much as her musical abilities.

No knock on her music, this is a compliment to her BD skills.

Think of the relationships she's built over the years. From Good Morning America to Apple for marketing. From rappers to country artists for cross promotions.

There's no doubt Taylor is a genius.

But show me someone that looks like they're "born with it" and I'll show you someone that worked hard to get there.

No one, and I mean no one, has ever devalued their back catalog to advance like Taylor had.

Like Apple killing the iPod to bet on the then unproven iPhone, Taylor devalued her own music that she was getting huge royalties on.

Her contract disputes with Big Machine Records and now Shamrock Capital led her to the crazy idea of rerecording her back catalog.

Recording a brand new "Taylor's Version" of all her music so she could own them.

A potential fail in front of the entire planet.

Would people like it? Respect her? Would it lead to shame?

It had never been attempted at this scale. Not even close.

Her new rerecording of her 2008 record Fearless had the biggest sales week in the US of any album of 2021.

You know how many songs from Fearless (Taylor's Version) were on the Hot Country Songs chart?

The 2008 version of Fearless that Shamrock Capital now owns fell 19% in sales and dropped off the Billboard charts.

She used her platform to take her content back.

These are the skills of rainmakers.

These are the hallmarks of someone creating the career they want.

To live the life they want.

They hone their craft. Ever forward, always improving.

Rainmakers are fanatical about building their platform.

Having great technical abilities is important.

But it's not enough.

There are a lot of musicians as good or better than Taylor Swift.

But most artists, most technicians, ignore BD.

Or they think marketing is secondary.

They play music for no one.

She pairs her technical skills with business development.

And she's living the life she wants.

Want to grow your book of business, relationships, and career? I can send our best thinking right to your inbox every week in our GrowBIG Playbook newsletter. Click this link to sign up!

Some of our best inspiration comes from other industries. There's no need to calm down. Let's get fearless with our BD. 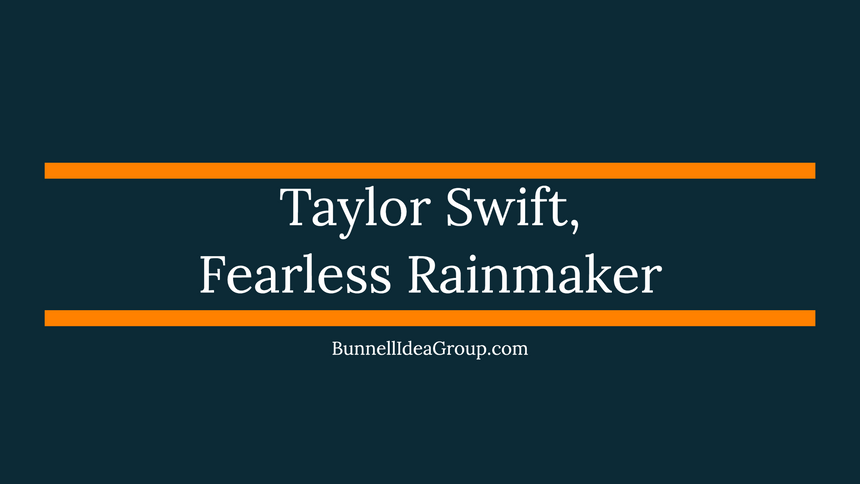 Should You Be Busy or Available?
Mo Bunnell

How To Build Trust, Broadly Across Teams (3 of 4)
Mo Bunnell

How To Build Trust, Personally (2 of 4)
Mo Bunnell

My Dad Had A Stroke
Maggie Glime

Old Science: And A New Perspective To Get You Clean Clear To Flag Town
Maggie Glime

For plans and pricing, please contact our sales team at sales@passle.net

Sorry, you don't have permission to repost or create posts.

Your repost is currently a draft. Review your repost and request approval.

Sorry - this is not an option. This post already exists in the Passle you have selected.

Try reposting to another Passle.